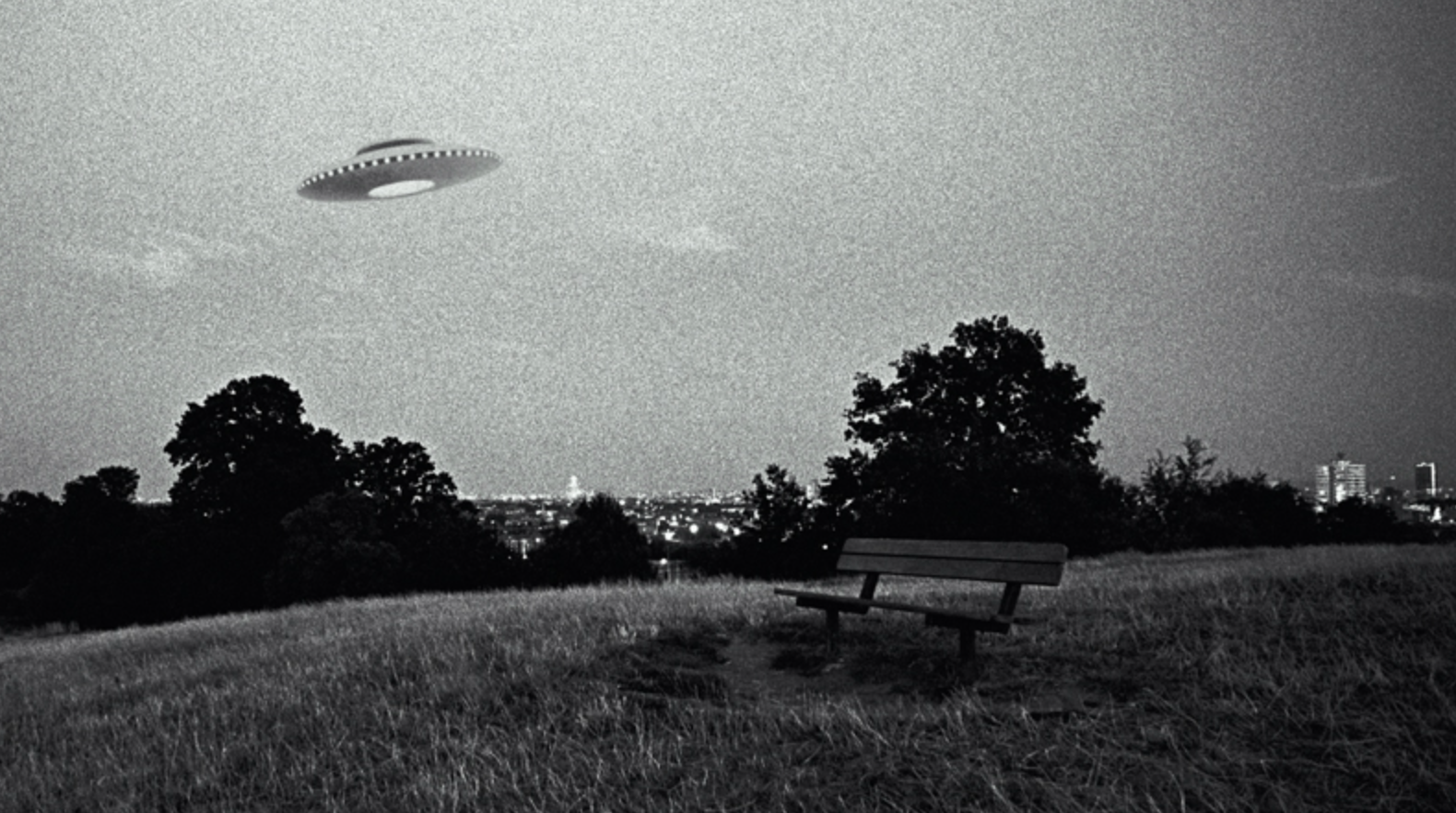 RT speaks to Ross Coulthart, the author of a new book, ‘In Plain Sight’, which records an array of mysterious UFO sightings around the world – and details officialdom’s extraordinary efforts to deny them or cover them up.

There’s been an explosion of UFO initiatives over the past 12 months, including the formation of the International Coalition for Extraterrestrial Research and the launch of the Galileo Project. And then there was the groundbreaking report by the Pentagon, in which it admitted there were incidents of unidentified aerial phenomena (UAP) that couldn’t be explained.

Yet a new book, ‘In Plain Sight’, by award-winning investigative journalist Ross Coulthart could be one of the most interesting developments yet. Coulthart has no reputation to uphold in the UFO community, but has long held a desire to tackle the big question: are we really alone?

“I’ve always been intrigued by the subject matter, mainly because there’s such a taboo attached to it. In journalism, there’s a real stigma,” he said.

“I can remember editors telling me, ‘Ross, we don’t do UFO stories.’ I did a lot of national security and defence intelligence-related stories. I’ve spent a large part of the past 30-something years covering wars, terrorist acts and all the miseries of the world. And a lot of those contacts [I made]… when I asked them about UFOs, they wouldn’t dismiss it [ie, the idea they existed].”

Born in New Zealand, Coulthart was fascinated by the 1978 incident in which a cameraman captured footage of an object flying alongside a plane above the town of Kaikoura on the country’s South Island. Weeks later, the authorities attributed it to either the planet Venus or a reflection from fishing boats.

“As a 16-year old boy, it sounded plausible to me, so I didn’t think much of it,” he admitted. But, at university, Coulthart secured his first scoop by tracking down those involved, who assured him what they saw was a solid object.

Fast-forward to the 90s and he’d established himself as a journalist and was working on the Australian investigative TV show ‘Four Corners’. Following the conclusion of a day’s filming at an air force base, the crew were invited by their host to have a drink in the on-site bar. Recalled Coulthart, “After a while, he leaned forward and said, ‘Can I ask you a question? Why don’t you media ever do stories about UFOs?”

“I freely admit I laughed, and I said, ‘Because they’re bulls**t’. And he went, ‘No, they are not’. I wish I could say who this chap was – he was a very, very senior official, one of the highest people in our military at the time.”

Hampered by the parameters of the mainstream media, he still managed to convince his bosses to do a UAP story in 2011 – but it was only because they’d sent him to London to interview a rock star who cancelled and they were left with a hole to fill.

Coulthart dug into reports of a 1980 sighting near the air force base RAF Bentwaters and tracked down Colonel Charles Halt, who claimed to have seen a flying object. He recalled, “We gave it half an hour for broadcast and it just went nuts. The public were very interested, and, more importantly, what blew us away were the number of people calling and offering information.”

“They were contacting me from all over Australia, saying they’d seen a similar object. They were stunned that the media was finally reporting on this story. The good thing for them was we weren’t ridiculing it – we were treating the subject with respect.”

‘In Plain Sight’ contains detailed analysis of many sightings, including Coulthart’s personal favourite of a man sitting in a deckchair at an outdoor cinema in the South Australian desert when a cylindrical craft appeared. The moviegoer claimed he could see light inside its windows.

Coulthart embarked on the book after going freelance and casting off the shackles of dismissive editors, and says the Pentagon’s recent admission that something is out there has been a really positive development.

He explained: “There is essentially a single line that is parroted by any Five Eyes nation [the UK, US, Canada, New Zealand and Australia]. If you ask, ‘Are UFOs real?’, they don’t answer the question. They say there’s no national security issue with UAPs and they don’t pose a threat to flight safety. But, in July this year, that all changed dramatically.”

“Anyone can read that report. It says very, very clearly that UFOs are a threat to flight safety and that they are a possible threat to national security. It’s a complete reversal. Nobody in the Pentagon is explaining why they’ve done this, but I think – and I’ve been told – it’s because they realise the game is up. They’ve got to come clean eventually about what they know.”

In his book, Coulthart drills down on the link between UFOs and nuclear facilities. ‘In Plain Sight’ begins with the 1991 tale of a woman called Annie Farinaccio, who had been at a party on a US base in Australia’s remote North West Cape. She was offered a ride back into town by two policemen and has never forgotten what she saw as they drove.

Said Coulthart, “Annie was sitting there petrified. She looked up through the windscreen and screamed, as there was this gigantic triangular craft with lights hovering right above as they were driving along at 100km/h down this road.”

The base housed very-low-frequency transmitters, which, in the event of war, would send signals to US nuclear submarines. Annie was visited by American officials, taken back to the base and told she had seen a weather balloon – even though the craft didn’t resemble one in any way.

The book records another incident, in Russia, in which the weapons in a nuclear silo had been mysteriously armed, ready for launch, without any input from the officers.

Said Coulthart, “They were panicking. The intelligence appeared to be demonstrating, whatever your security systems, they can be breached. If it is some intelligence of some kind, it seems to be sending a message – it seems to be expressing something about the use or potential misuse of nuclear weapons.”

Also featured in the book is the story of teacher Andrew Greenwood, from Clayton South, a suburb of Melbourne. Along with his high-school students, he saw a metallic disc appear in a cloudless sky.

Greenwood spoke to the local media before being silenced. Said Coulthart, “This is where things get very sinister. Two weeks after the incident, he gets a knock on the door at his private home. There on the doorstep is a man dressed in uniform – a senior officer – and the other gentleman is an official of some kind, perhaps a police officer or an intelligence official, more likely.”

“Andrew’s still angry at what they did. They flatly threatened [him] and said, ‘If you talk anymore about what you saw, we’ll make sure you lose your job – we’ll say you drank as a teacher.’ Andrew’s got no reason to lie about this and, more importantly, what he says he saw is backed up by 167 witnesses, all on the record, at the last count. It really is the most extraordinary case.”

More revelations have been dug up by Coulthart, including suggestions of recovered non-human craft. Sources claim the US and Russia each have facilities in which these are stored, but Coulthart says he is generally skeptical about such claims without having seen proof. “That’s the biggest problem I have. Governments are bloody hopeless at keeping secrets and I would’ve thought, if the United States government was sitting on secrets like that, then it would have been leaked by now, and it hasn’t been,” he said. “But, when you look in the archives of the US government… that’s why I called my book ‘In Plain Sight’. The evidence is right there, in plain sight. There are archives from the CIA that show it was working with the US Defense Department to recover what the documents refer to as ‘flying saucers’ from Nepal and Afghanistan.”

Along with the book, Coulthart has produced a UFO documentary, and has been met with an encouraging level of support from media colleagues and the public alike. “The response has just been mind-blowing. I’ve never in my career had a response like I’ve had to this subject matter,” explained Coulthart. “It has been overwhelming. I’m exhausted every day – I wake up and there are literally 300 to 500 emails, people telling me about their sightings, people offering me information. It’s like we’ve opened a wound and all of the reality is pouring out.”

The main purpose of the book, though, is to cut through the fog. According to Coulthart, it’s almost as if sections of the media don’t want to admit they’ve been asleep at the wheel.

He continued, “The media is failing here. The media is locked into the paradigm that, absurdly, it was encouraged to heed by the CIA and the US Air Force back in the 1960s.”

“The CIA decided to suppress the stories of UFOs – I don’t know why, but it’s claimed it was because they were worried that people reporting UFOs would get in the way of people providing early warning of a Russian ICBM [intercontinental ballistic missile] landing on the US. It’s an absurd argument that they wanted to stop people from jamming up the phones at NORAD [the North American Aerospace Defense Command] with sightings. It’s just ridiculous.”

For a man adept with words, Coulthart concludes by describing this complex subject appropriately succinctly. While he’s been unable so far to find out all that’s known by governments and security agencies about UFOs, he’s clear why the subject has been judged to be the pastime of fools. “We’ve been manipulated,” he said. “We’ve been had.” 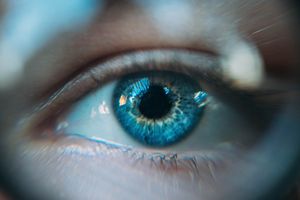 The Eyes Of Faith 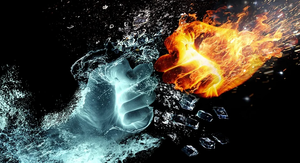 How Not To Grieve The Holy Spirit

What Is Stagflation and What Causes It?

Understanding Deplatforming (I): The Invisibility Machine

It’s Not Just the USA: The Economic Instability Is Global