6 Keys To Understanding The Operation Of A Jezebel Spirit

You may infer that if someone said to you, "You're such a Jezebel," it wasn't meant as a complement. Many might know Queen Jezebel mentioned of in the Bible, yet remain unaware of the spirit of Jezebel.

Jezebel was a wicked queen and wife to the evil King Ahab. She had a reputation for being a murderer, having iniquity, and being sexually promiscuous.

Jezebel took the reign of the throne with King Ahab during a time when there was political uncertainty in Israel. She was known for worshipping foreign idols and re-introducing them to Israel, as seen in 1 Kings 18. She killed and destroyed many of the Lord’s prophets, wrongfully killed a man to take possession of his vineyard, threatened to kill prophet Elijah and destroyed anyone who opposed her worship of Baal.

The "Jezebel spirit" is best exemplified by two events in Jezebel's life:

She died horrifyingly because of her obstinate refusal to acknowledge and submit to the power of the living God.

As Ahab sulked and fumed in his bed, Jezebel mocked him for his weakness and had the innocent Naboth stoned to death after framing him. Naboth’s sons were stoned to death, so there would be no heirs, and the land would revert to the king’s possession.

2. THE VOICE OF JEZEBEL:

We all have Jezebel's voice inside of us. We all possess a reckless, egotistical, old character. The Bible often forewarns us of the conflict that exists inside us between our new nature in Christ, where we are guided by the Holy Spirit and our old, fallen nature (the voice of Jezebel).

“Beloved, I urge you as sojourners and exiles to abstain from the passions of the flesh, which wage war against your soul.” - 1 Peter 2:11 (ESV)

King Ahab had a fragile emotional side, which Jezebel took advantage of and fostered her husband's vanity and selfishness while pretending to be his solace, stoking the flames of his wicked urges. She encouraged his self-centred desire, fueled his dissatisfaction, enticed him to use and abuse his power, and pushed him to reject another person's rights in disobedience of God's Law.

Her message to her husband was: “You shouldn’t be sad; you should be happy.  You are king, and you can have whatever you want.  You can use your power to take the vineyard. Rest assured, I will handle it for you.” Jezebel is the self-centred impulse's very own voice. She represents what the Bible calls "the deceitfulness of sin" in human form.

3. WHAT IS JEZEBEL’S ASSIGNMENT?

4. WHAT ARE THE SIGNS OF THE JEZEBEL SPIRIT?

5. HOW TO IDENTIFY THE SPIRIT OF JEZEBEL?

6. HOW TO OVERCOME THE JEZEBEL SPIRIT?

The good news is that we can defeat the Jezebel Spirit by declaring the name of Jesus.

By doing the following, we can be set free:

We must repent when we compromise our spiritual life and have turned away from our responsibility. We cannot recover our authority if we do not repent.

We must take responsibility when we have departed and allow the Holy Spirit to enter again.

To resist the Jezebel spirit, you must exercise authority in the name of Jesus. Take command and bind all Jezebel spirits. Once recognised, the spirit must be dealt with effectively and immediately.

“When you expose the spirit of Jezebel, expect it to take revenge but know this: Jezebel is no match for Jesus!” 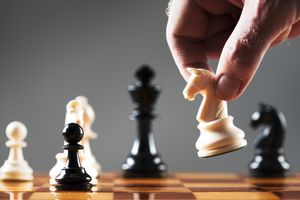 The Enemy Of Success 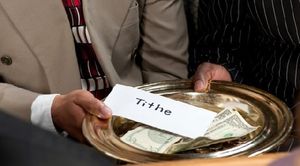