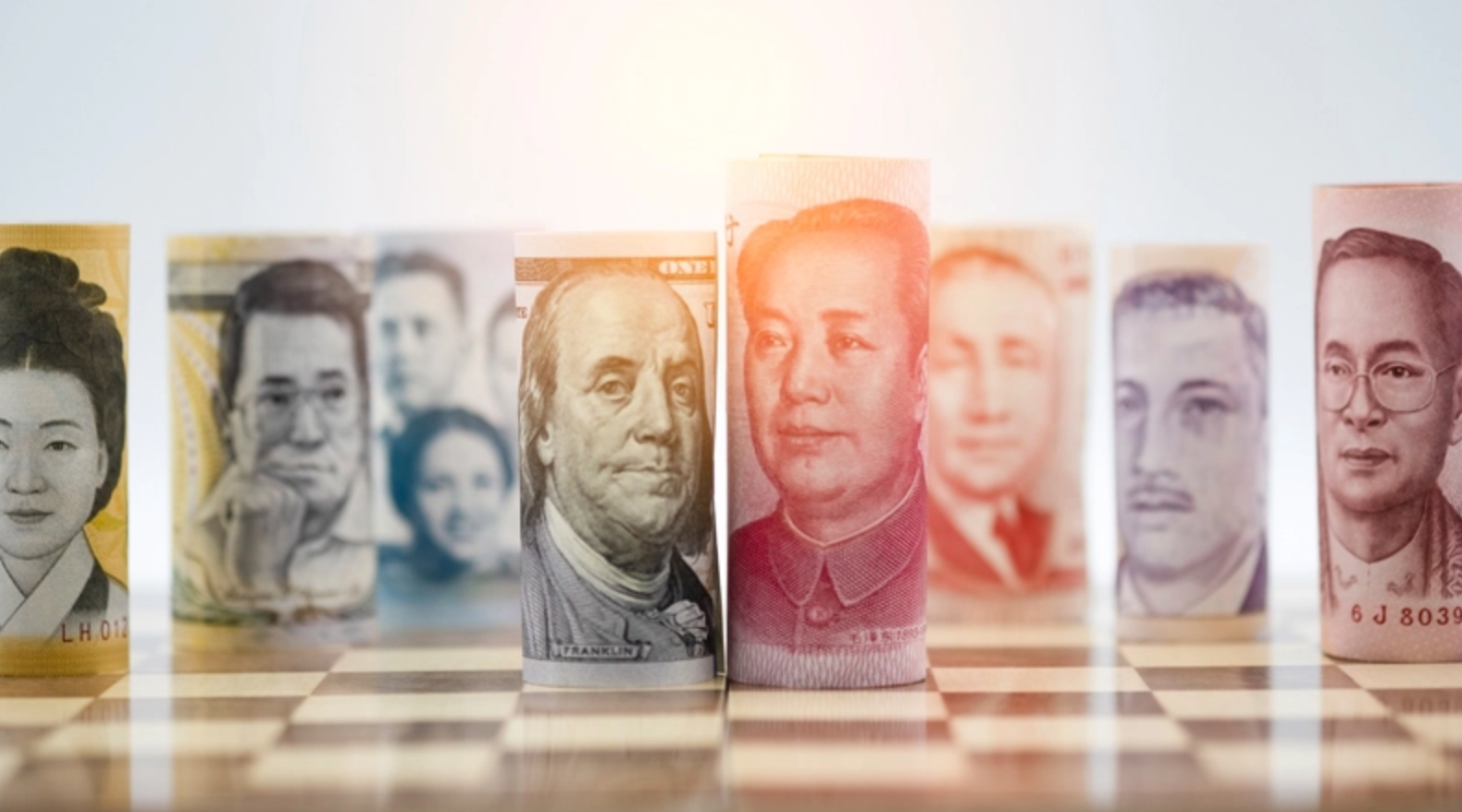 In an article I published in April of 2018, titled World War III Will Be An Economic War, I outlined a number of factors that portend a large scale conflict between East and West and why this war would be mainly economic in nature. I investigated how this conflict would actually benefit globalists and globalist institutions seeking to bring down multiple nations’ economies while hiding the engineered crisis behind a wall of geopolitical chaos and noise.

The goal? To convince the masses that national sovereignty is a plague that only leads to mass death, and that the “solution” is a one-world system – conveniently managed by the globalists, of course. That is to say, more centralization is always offered as the solution to every problem.

Furthermore, the war itself acts as cover for the inflationary collapse that our central bank and government has created. We are already seeing fraud propagandists like White House Press Secretary Jen Psaki attempting to mislead the public into believing all our current inflation problems stem from the Ukraine war. This claim requires some impressive mental gymnastics and an epic level of ignorance, but Psaki seems to have no shame about her role as a soulless Goebbels-like figure.

One issue which I used to get a lot of arguments over was the idea that countries like Russia and China would end up so closely aligned. People claimed there were too many disparities and that the countries would ultimately turn on each other in the middle of a financial crisis.

Well, it’s four years later and now we’re going to see if that is true or not. So far, it looks like I was correct.

My position has long been that certain nations have been preparing for a collapse of the U.S. dollar as the world reserve currency (the primary currency used in the majority of trade around the world). My belief is that America’s top economic position is actually an incredible weakness; the dollar’s hegemony is not a strength, but an Achilles heel. If the dollar was to lose reserve status, the whole of the U.S. economy and parts of the global economy would implode, leaving behind only those who prepared – those who saw the writing on the wall and planned ahead.

There are four nations that have been actively positioning for the crash of the dollar and they include: China, Russia, India, Brazil (five if you count the limited involvement of part South Africa). These countries are also known as the BRICS. The BRICS are rarely mentioned in the mainstream media anymore, but there was a time around a decade ago when they were discussed regularly.

My fascination with the BRICS back then was primarily due to their odd trade behaviors. Specifically, their bilateral agreements which cut out the dollar as the reserve currency, and the fact that they were stockpiling tons upon tons of gold.

It was as if they had some kind of inside information that an economic conflict or disaster was coming, and they were getting ready to decouple from the dollar and the global supply chain.

Today, as the Ukraine war rages, there is constant hype about the union of nations opposed to Russia’s invasion to the point that the narrative has become bizarre. There is an incredible level of cultism in the mainstream media right now encouraging a mindless mob response. They have been trying to drum up something very similar to a behavioral vortex that many of us in conservative circles have seen thousands of times in the past few years: Western media is weaponizing cancel culture against Russia.

It’s not just a general admonition of the Kremlin or of Putin, that would be normal. Rather, it’s an outright dismissal of anything remotely related to Russia, from bar owning dummies throwing away all their vodka (even though most of it is not made in Russia), to the International Cat Federation banning certain cats from competitions because they are Russian bred.

This is pure childish insanity, but again, we’ve seen this before with cancel culture in the US.

The thinking is utterly collectivist and goes a little something like this:

“We shall shun them from the hive and isolate them. We will erase their existence and rewrite their identity and history. Then we will punish them by taking away their ability to survive economically until they submit and conform to the directives of the gatekeepers, who shall remain nameless.”

That said, as most conservatives know, cancel culture is a failed strategy. Despite the international push to cancel Russia and media claims that Russia is now “completely isolated and alone,” the narrative is apparently designed more to con the masses, not intimidate the Kremlin. They are, in fact, not isolated at all. And, guess which countries are staunchly refusing to support actions and sanctions against the Ukraine invasion?

That’s right, the other members of the BRICS.

China has outright refused to accommodate any sanctions and is directly working with Russia to alleviate trade issues. As I’ve been pointing out for ten years, they’ve been preparing for this moment. Hell, if the rest of the world doesn’t want Russian exports and oil, China will certainly buy them.

India is eerily silent on Ukraine, despite endless pressure from the U.S.

Both Brazil and South Africa have taken neutral stances on Ukraine and continue to trade with Russia. It would appear that the cancellation of Russia has already failed before it really began.

The false narrative only serves a purpose in that it gives the western public two false impressions:

Personally, I don’t have any affinity for either side of the Ukraine conflict. I feel empathy for the Ukrainian people, but certainly not the Ukrainian government and their globalist partners. I also have no love for Putin and his many friends in the globalist World Economic Forum.

That said, even if you think one side is right and the other side is wrong, one cannot deny that the cancel culture mentality of the west is going to lead to an epic disaster. What people don’t seem to understand is that this calamity will hurt the U.S. and Europe just as much as it hurts Russia, if not more so.

The Economic Weaponry Of Fortress Asia

The close economic relationship between Russia and China is fast building towards a “Fortress Asia” which guarantees a certain amount of insulation from global instability.

Russia exports a surprising number of raw materials that many countries rely on, from fertilizers to industrial metals like nickel and aluminum. But, their biggest export by far is energy in the form of oil and natural gas. Europe in particular is utterly dependent on Russia for between 40% to 50% of its heating and electricity. Cuts to Russian energy exports would devastate Europe in a year’s time and it’s unlikely other exporters would be able to fill the void in the near term, at least not without huge price increases.

According to the IEA, Russia is the third largest oil producer in the world behind Saudi Arabia and the U.S. and it is the largest exporter to global markets. Sanctions on Russian oil would mean a massive shift in supply and multiple markets rushing to fill the gap.

Just the threat of cuts to Russian oil  caused large overnight price spikes in gasoline in the U.S. and Europe. Brent crude prices skyrocketed from $90 a barrel to $130 a barrel in a matter of a couple weeks.

I don’t think it will stop there, either. I expect crude prices to climb into the $200 per barrel range and gas prices to jump to around $7 a gallon before increased U.S. shale pumping helps balance out the supply (and this is a best case scenario). Some of the price will be due to speculation, but ultimately without Russian oil prices will remain high even if the war in Ukraine ends.

And here is where we get to a key aspect of this scenario which I don’t think many people are taking into account. It does not matter if Russia pulls out of Ukraine, and it certainly doesn’t matter if Ukraine surrenders. The economic side of the war will continue, and it will only escalate.

Beyond oil and energy the combined influence of the BRICS has the power to dramatically disrupt the U.S. dollar’s world reserve status. China alone holds trillions in dollars and U.S. treasuries which it can dump on the market anytime it pleases. China is the world’s largest exporter and most nations including the U.S. rely on Chinese manufacturing. This is why China’s draconian Covid shutdowns have caused a constant strain on the global supply chain. Around 20% of imports to the US come from China, including over 97% of our antibiotics.

The BRICS in combination control a vast swath of the export and manufacturing markets. They don’t even need to dump the dollar in trade, all they have to do is say they prefer a basket of currencies like the International Monetary Fund (IMF)’s Special Drawing Rights. The dollar’s value would collapse, and that would be in the midst of already rising inflation.

Another interesting development from the economic war is the increasing calls for crypto and digital currency solutions. I would note that it’s not just the BRICS who are refusing to go against Russia; there is also the matter of globalist institutions like the IMF and the Bank for International Settlements (BIS). Not surprisingly, Russia’s membership in these world banking platforms remains secure. Russia continues to hold billions in IMF SDRs. Both institutions have been calling for the implementation of a global digital currency system (which obviously they would control).

If the world economic war continues at its current trajectory, it is only a matter of time before trade sanctions turn into currency attacks. This is where the U.S. will be hurt the most.

It is perhaps not so coincidental that the globalists have staged themselves to benefit. With no world reserve currency established and an inflationary crisis raging, they will attempt to swoop in to “save the day” and assert that they have the perfect solution: A global digital currency system based on blockchain technology but tied to the IMF’s SDR basket system and administered by them.

In other words, with all the inflation present in national currencies, the IMF will offer the public a digital currency or cryptocurrency that promises them more stability. The inflationary crisis in confidence will be used to push people into a digital system which has no privacy and can be used to control them by denying them access on a whim, much like how the Chinese social credit system operates.

Ukraine is only the first domino in a long chain that is meant to lead to a one-world economic system centralized into the hands of the money elites.

There are ways to disrupt it, and the plan may not succeed at all, but there’s no avoiding the economic pain that will be caused in the meantime. All that we can do is accept that World War III is upon us and the weapons will be economic rather than nuclear. Who Is Causing Your Storm? 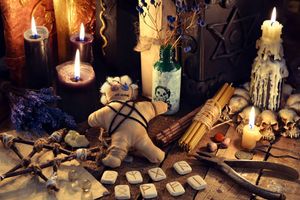